The team of the 24th Ukrainian Antarctic Expedition (UAE) for the first time in 20 years included women, and the equipment of all polar explorers is at last exclusively made up of Ukrainian producers.

The team of the 24th Ukrainian Antarctic Expedition (UAE) for the first time in 20 years includes women, and the outfit for all polar explorers at last was exclusively made by Ukrainian manufacturers. This was stated by the Minister of Education and Science Liliia Hrynevych during the departure of participants of the annual expedition to the Akademik Vernadsky Antarctic station on March 25, 2019.

The 24 UAE includes 12 participants – 7 scientists, 3 engineering and technical staff, a doctor and a cook. They will leave for Antarctica on March 26. These polar explorers were first selected on the basis of an open competition. The average age of the expedition participants became considerably younger: the oldest is 47; the youngest is 27 years old.

“As we promised, the 23rd expedition, which is currently at Vernadsky station, is really the last expedition, consisting of men only. And in this hall, we congratulate Natalka Babii, the 24th UAE doctor and send our warmest regards to Oksana Savenko, the biologist, who is already working at the station in a seasonal team and will stay for a long winter, ” Liliia Hrynevych said.

Recall that last year for the first time funds were allocated for the repair of the station – almost 35 million hryvnia. The process of modernization is divided into several stages – the first part of the work is now in progress, and its completion is scheduled for the next Antarctic summer, that is, for the period of December 2019 – March 2020.

24 UAE will become our first expedition, which is completely, from skis to eyeglasses and hats, that is, from head to toe, dressed into Ukrainian products. These are mostly experimental samples, but this is a good example of a partnership between science and business for the progress of our country, and I hope this will become a good tradition.

In Antarctica, Ukrainian scientists will carry out 3 main types of research:

The head of the National Antarctic Scientific Center noted that one of the important directions is development of tourism at the station. Thus, it is planned to create a touristic center at Vernadsky station, where one can find a lot of interesting information, interactive entertainments and souvenirs. The first step to this is the creation of “Antarctic hryvnia”, presented during the farewell ceremony. It depicts the traditional symbols of Antarctica – penguins, whales and seagulls, as well as the emblem of Akademik Vernadsky station. In addition, guests will enjoy interesting magnets with penguins in embroidered shirts. 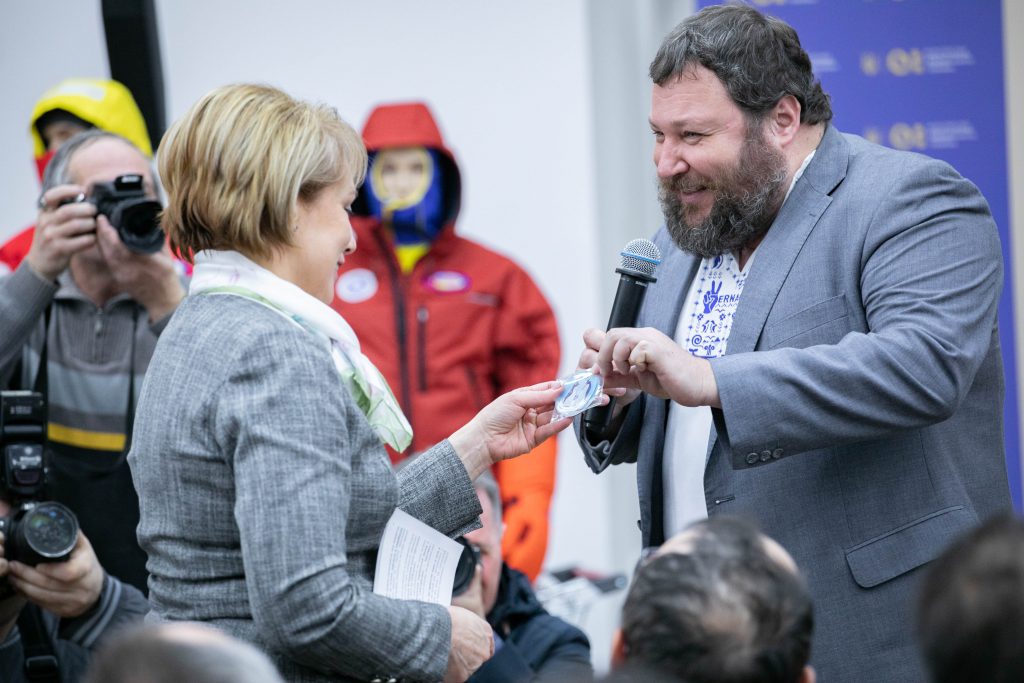 “Developing this area is extremely important, because Akademik Vernadsky station is one of the most visited by tourists in Antarctica. During the year it is visited by 4 thousand people from all over the world. And for the first time many of them get to know Ukraine exactly there – in Antarctica! “- Evgen Dykyi explains.

We remind you that before traveling to the station, the participants of the 24th UAE had a week-long training session and learned the skills necessary for living and working in Antarctica.