Midwinter is the main holiday for the conquerors of Antarctica

On June 22, the day of the summer solstice in the northern hemisphere, the Antarctic community of all countries celebrates Midwinter – the middle of winter.

June 21, 2020 at 1:00 48 UTC (4:48 Kyiv time) the sun has passed the summer solstice – the center of the solar disk moved away from the celestial equator to the north to the greatest possible distance of 23°26’12” in our era. From this moment in Antarctica, daylight begins to get longer, that is, winter slowly gives way to spring.

Traditionally, at Akademik Vernadsky station on Midwinter a baptism ceremony is organized in ice water, so each newcomer gets the right to be called a real polar explorer. For this year’s Midwinter, according to the head of the 25th UAE Yurii Otruba, the water temperature near the station was almost -1.5 ⁰C. 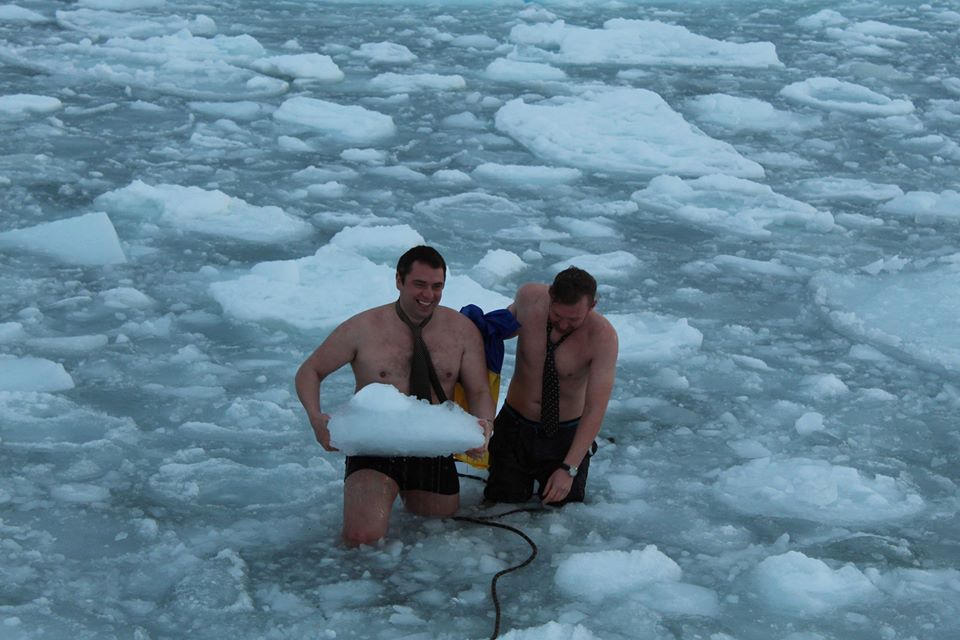 Also, according to a long-term tradition, the participants of our expedition have organized a variety of sports competitions – from tournaments in chess, darts, billiards, arm wrestling to tug of war, pull-ups on the crossbar and the like.

Congratulations to the Ukrainian polar explorers – everyone who at least once met Midwinter in the middle of the polar night and counted down the days until spring and returning home. Special congratulations to the 25th UAE team, which operates at Akademik Vernadsky station. We wish you a good health, inspiration, new scientific achievements and a successful completion of the difficult wintering period.

By the way, the Ministry of Education and Science of Ukraine together with the NASC, for the first time in 20 years, initiated a review of the increase in field payments to the participants of Antarctic expeditions; the corresponding resolution has already been submitted to the government.