For more than 3 years, a unique project for photo-identification of whales has been going on at Vernadsky station: each of these animals can be distinguished from the others by a special pattern on the tailfin. It is as unique as human fingerprints

The first results of these studies were published today in the journal Nature Scientific Reports, a prestigious peer-reviewed scientific journal, the publications in which serve as proof of the uniqueness and scientific value of the article.
The publication, co-authored by Ukrainian polar explorer Oksana Savenko, is ” Exchange in the Southern Ocean: Conditional Boundaries between Humpback Whale Populations in Southern Polar Waters.”

What is this article about? 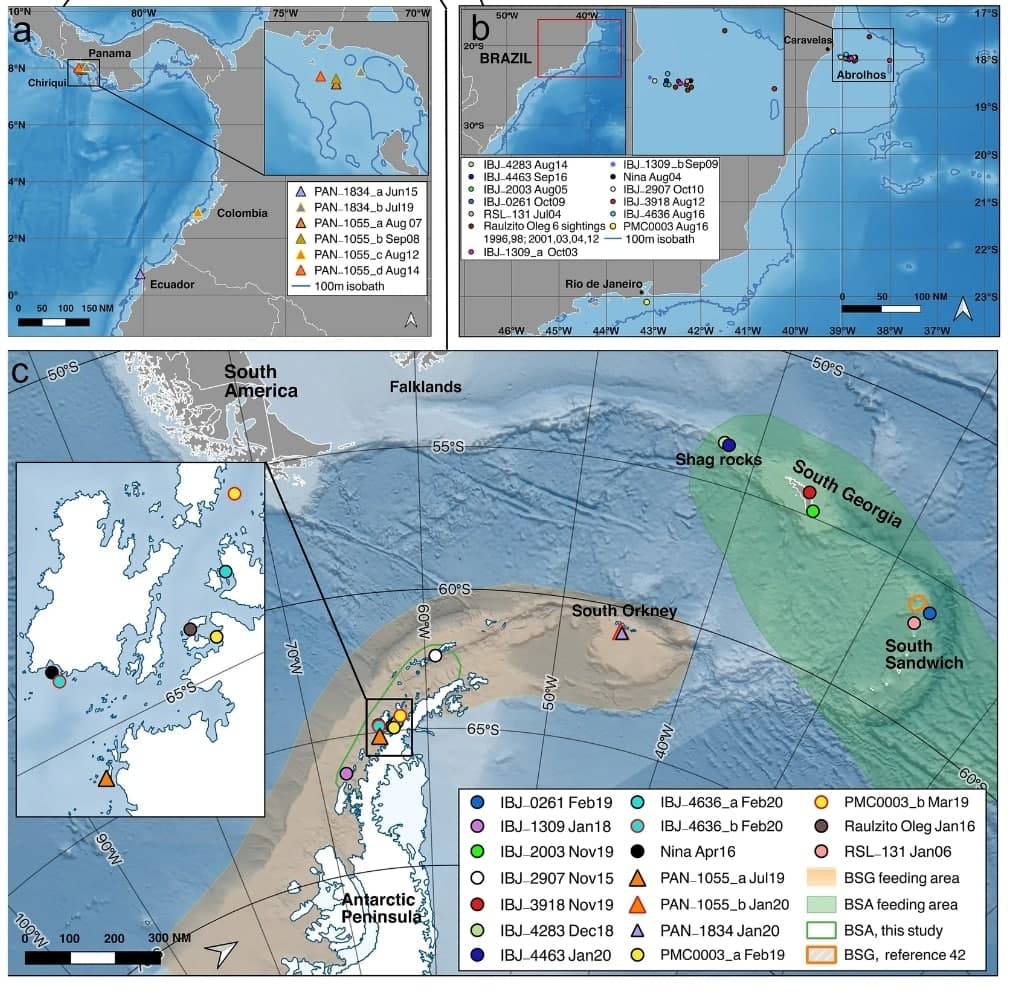 The article is devoted to the migration of humpback whales – the most common species of whales in the Vernadsky area. In the Southern Hemisphere, these giants migrate from warm regions, where they give birth to young, to cold ones, where they feed on Antarctic krill.
Sometimes humpbacks overcome more than 8 thousand km per year.

Their populations differ from each other both genetically and by their habitat. In the Southern Hemisphere, 7 humpback breeding areas near the equator and 6 feeding areas in the Southern Ocean have been found.

Until now, it was believed that the waters of the Pacific and Atlantic oceans form the border between genetically disparate populations. However, a joint study by scientists from Brazil, Australia, the United Kingdom, the United States, Ecuador, Canada and Ukraine found that two humpback whale populations from the Atlantic (Brazil) and the Pacific (Central and South America) were feeding simultaneously in the area of the western part of Antarctic Peninsula area, where our station is located. Scientists came to this conclusion due to the abovementioned method of photo-identification of whales and comparison of more than 14.5 thousand photos of tailfins.

This demonstrates the need to revise our understanding of the boundaries between humpback populations and whale migration in the oceans in general. The authors assume that “exchange in the Southern Ocean” may become much more active, as the populations of these whales are still recovering after intensive commercial whaling in the 20th century. At the same time, climate change is transforming marine ecosystems and increasing the availability of food for humpback whales.

The full article can be found here.

Congratulations to the team of authors on this publication!