Three-story ice cave and feather of an unknown bird. A new find of Ukrainian polar explorers

Participants of the 24th Ukrainian Antarctic Expedition found an ice cave with several lakes and a river on the outskirts of Akademik Vernadsky station. “Scientists from first Ukrainian Antarctic expeditions found an ice cave on Galindez Island, where our station is located. The entrance to it was from the shore of the island opposite to the station, under the top of the glacier. However, a few years ago, the glacier has shifted into the ocean, and the entrance was blocked,” – says the head of the 24th UAE, Ihor Dykyy. –  “Therefore, we decided to look for another entrance. After several unsuccessful attempts from the Penola Strait, we decided to explore the outskirts of the old British base-museum – the Wordie house – and we were lucky: the entrance to the “lost” cave was found”. 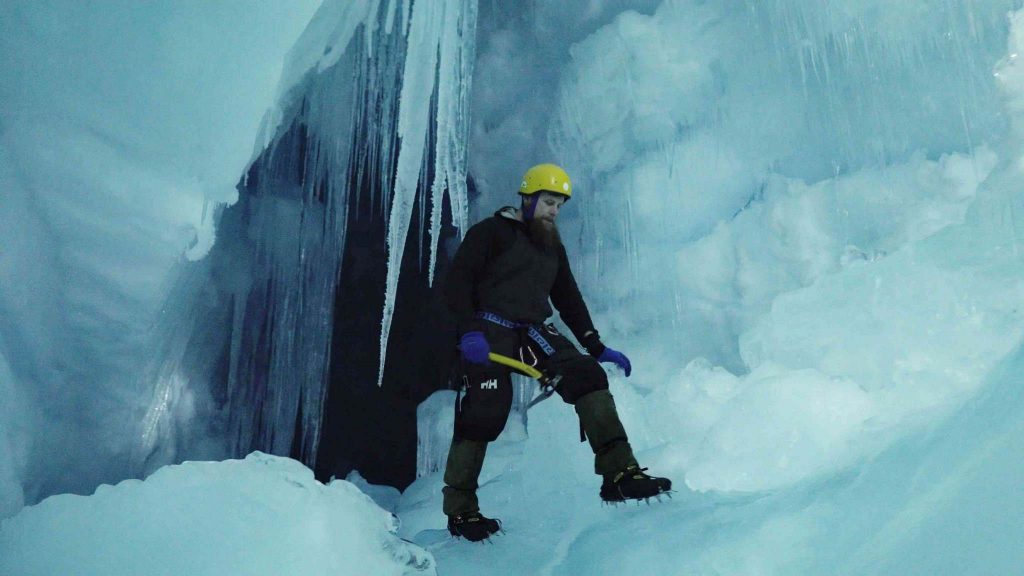 The find greatly surprised the polar explorers: it turned out that the cave was actually three times larger than it was previously thought. The total length of the passages is about 200 meters; they are located on 3 floors.

On the lower route, the expedition found a frozen lake, and at the end of the passage – a huge hall 12 meters high (almost a four-story building), 8 meters wide and 30 meters long. In this hall, a subglacial river and two lakes were found, from which scientists took water and ice for hydrochemical analysis and for further research on the presence of viruses and bacteria by their environmental DNA. Ice samples will be stored for more detailed analysis in laboratories of Ukraine. 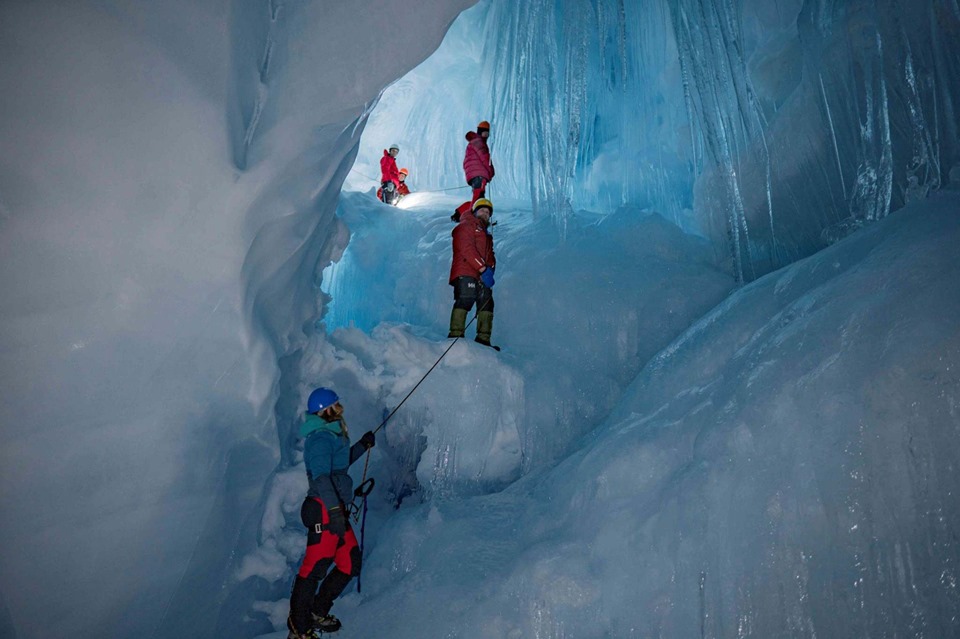 In addition, at a depth of about 20 meters from the surface, in one of the ice blocks, polar explorers found a bird’s feather. It has a fairly wide weaverbird, that is, it certainly does not belong to a penguin.